Familypedia
Register
Don't have an account?
Sign In
Advertisement
in: Dunham (surname), Born in 1942, Died in 1995,
and 26 more

Stanley Ann Dunham, mother of Barack Obama, the 44th President of the United States, was an American anthropologist who specialized in economic anthropology and rural development. Dunham was nicknamed Anna, later known as Dr. Stanley Ann Dunham Soetoro, and finally Ann Dunham Sutoro. Born in Kansas, Dunham spent her childhood in California, Oklahoma, Texas and Kansas and her teenage years in Mercer Island, Washington, and much of her adult life in Hawaii and Indonesia. 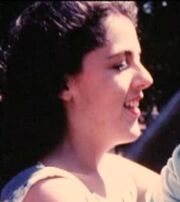