Stavropol Krai (Russian: Ставропо́льский край, Stavropolsky kray) is a federal subject of Russia (a krai). Its administrative center is the city of Stavropol.

Stavropol Krai encompasses the central part of the Fore-Caucasus and most of the Northern slopes of Caucasus Major. It borders with Rostov Oblast, Krasnodar Krai, the Republic of Kalmykia, the Republic of Dagestan, the Chechen Republic, the Republic of North Ossetia-Alania, the Kabardino-Balkar Republic, and the Karachay-Cherkess Republic.

Stavropol is traversed by the northeasterly line of equal latitude and longitude.

Population: 2,735,139 (2002 Census); 2,410,379 (1989 Census). The population of Stavropol Krai is concentrated in the Kuban River and Kuma River drainage basin, which used to be traditional Cossack land (see History of Cossacks). The Kuban Cossacks are now generally considered to be ethnic Russians, even though they are still an important minority in their own right in this area. Other notable ethnic groups include the Armenians (mostly Christian Hamsheni) who have been settling here since at least the 18th century.

Ethnic groups: The 2002 Census counted thirty-three ethnic groups of more than two thousand persons each, making this federal subject one of the most multicultural in Russia. The inhabitants identified themselves as belonging to more than 140 different ethnic groups, as shown in the following table:

A further 0.26% of the inhabitants declined to state their nationality on the census questionnaire.[1]

Stavropol Krai is divided into 26 rayons (districts} and 10 urban okrugs (urban circles). Together they include 12 towns, 24 urban-type settlements, and 224 selsoviets. 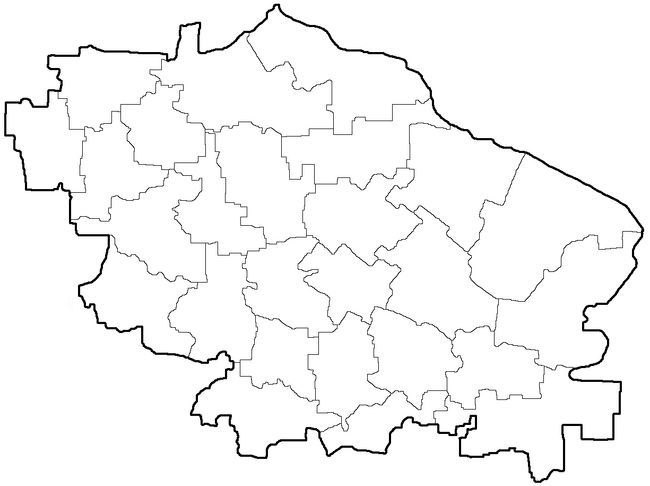 Irrigated agriculture is well developed in the region. As of the beginning of 2001, Stavropol Krai had 3361 km of irrigation canals, of which 959 km were lined (i.e. had concrete or stone walls, rather than merely soil walls, to reduce the loss of water).[2]

Among the major irrigation canals are:[2]

Template:Countries and regions in the Caucasus