Familypedia
Register
Don't have an account?
Sign In
Advertisement
in: Laycock (surname), Born in 1786, Died in 1823,
and 11 more

He arrived in New South Wales on 21 September 1791 on the Gorgon with his mother. 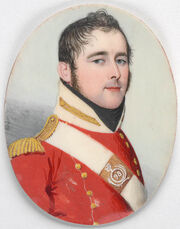