Uxbridge, is a town in Worcester County, Massachusetts first settled in 1662, incorporated in 1727, and named for the Earl of Uxbridge. The town, (population 13,457), is located 40 mi (64 km) southwest of Boston and 16 mi (26 km) south-southeast of Worcester. This town has numerous historic sites, and is the midpoint of Blackstone River Valley National Heritage Corridor.

RI Quakers, including Richard Mowry, built mills, railroads, houses, tools and Conestoga wagon wheels.[23][27][28] Southwick's store housed the "Social and Instructive Library". Friends Meetinghouse, next to Mosses Farnum's farm, had prominent abolitionists Abby Kelley Foster, and Effingham Capron as members.[29][30][31][32] Capron led the 450 member local anti-slavery society. Brister Pierce, purportedly formerly a slave in Uxbridge, was one of 132 men to sign an 1835 antislavery petition presented to the US House of Representatives demanding the abolition of slavery and the slave trade in the District of Columbia.[33]

The Tafts built the Middle Post Road's Blackstone River bridge in 1709.[34] "Teamsters" drove horse "team" freight wagons, on the Worcester-Providence stage route. The Blackstone Canal brought horsedrawn barges to Providence through Uxbridge for overnight stops.[11][35][36] The "crossroads village" was a junction on the underground railroad.[6] The P&W Railroad ended canal traffic in 1848.

John Sr., Effingham and John W. Capron's mill pioneered US satinets and woolen power looms[8][11][39][46] Charles A. Root and Edward Bachman expanded Bachman-Uxbridge., and leadership in women's fashion.[47] The company manufactured US Army uniforms for the Civil War, World War I, World War II, the nurse corps, and the first Air Force "dress uniforms", dubbed "Uxbridge Blue".[23][48] It proposed a buyout to be the top US woolen company.[49]

Uxbridge has a Board of Selectmen and town meeting form of government, with officials listed in the top infobox:[64] Local government 1) granted the first woman in America the right to vote,[3] 2) voted against mallpox vaccine in 1775,[3] and 3) defied the Massachusetts Secretary of State's office, by approving women jurors.[65] The 2009 Board of Health made Uxbridge the 3rd community in the US to ban tobacco sales in pharmacies. State agencies control county elected offices (see info box). Worcester's Judicial District includes Uxbridge District Court.

A USDA hardiness zone 5 continental climate prevails with snowfall extremes from October (rare), to May. The highest recorded temperature was 104 F, in July 1975, and the lowest, -25 F in January 1957.[66]

The nearest MBTA Commuter Rail stops are Forge Park/495 on the Franklin Line and Worcester on the Framingham/Worcester Line, 15 miles away. The Northeast Corridor Providence (Amtrak station), has trains with top speeds of 150 MPH. The Providence and Worcester Railroad freight line passes two former local stations.

Route 16 links to Connecticut via

Route 146A, goes into North Smithfield.

Nipmuck Dancing in the Blackstone Valley; The original Town of Mendon, MA was purchased from the Nipmuck in 1662 as Squinshepauk Plantation. Nipmuck are the indigenous people of Worcester County, Northeastern CT, and NW Rhode Island.

Lt. Simeon Wheelock House (1768), Deborah Wheelock Chapter, D.A.R. Lt. Wheelock, who was born in 1741, died in Shays' rebellion in 1786, while on duty protecting the Springfield Armory. Shays' Rebellion had opening salvos in Uxbridge

Deborah Sampson, a woman posing as a male soldier, enlisted in the Continental Army at Bellingham as "Robert Shurtlieff of Uxbridge". A minister kept her secret, and she was later honored as a heroine by the Massachusetts legislature.

Samuel Taft House. Samuel Taft hosted President George Washington overnight in his home, then a tavern along the Middle Post Road, on the President's Post Inaugural Tour of New England, on November 8, 1789.

Rivulet Mill Complex, 1814, North Uxbridge, The original mill was built by Chandler Taft, and later owned by Richard Sayles.
JohnandEffinghamCapronMill 195.jpg
The Capron Mill, 1820, built by John Capron Sr. and his sons Effingham, and John, circa 1820 manufactured the first satinets, used the first power looms for woolens in America, and made US military uniforms for over 140 years, including the first US Air Force dress uniform, "Uxbridge 1683", aka Uxbridge Blue.

Crown & Eagle Mill, built in 1824 by Robert Rogerson, a son of British immigrants, and a musician, it is considered a masterpiece of early American Industrial architecture, today the heart of Rogerson's Village Historic District.

The Company Store at Rogerson's Village, now known as the Larkin Building

Stanley Woolen Mill, 1852, built by Moses Taft, with view of the Blackstone Canal, was the scene for two movies, The Great Gatsby, 1974, and Oliver's Story, 1978. In 1989, it had been the longest continuously operating family-owned mill in the US. This mill ran 24/7 making Civil War blue woolen cloth for military uniforms.

Canoes on the Blackstone Canal. The Blackstone Canal was built starting in 1824 and provided early freight transport by horse pulled barges from Uxbridge and Worcester, to the port of Providence and returns. Uxbridge was the overnight stopping point, and had close mercantile ties to Providence.

The Taft brothers built the first bridge across the Blackstone River in 1709. This stone arch bridge is a familiar scene walking northward at the Blackstone Canal Heritage State Park.

Arthur MacArthur, Sr., born to Scottish nobility, grew up in Uxbridge, circa 1828, became Wisconsin's 4th Governor for a brief period, and its Lt. Governor, and served as Chief Justice, of the US DC District Court. He was the Grandfather of General Douglas McArthur

Unitarian Church at Uxbridge where Judge Henry Chapin, three term Worcester Mayor, delivered a famous 1864 published historical address. Judge Chapin was as a prominent Unitarian Church leader in Massachusetts. This church was prominent in the Industrial period of this community.

Effingham Capron (1791–1859) was a national, state and local anti-slavery champion. He and his brother John Capron, Jr and their father, ran the Capron Mill at Uxbridge. The historic park commemorates the contributions of Effingham Capron here and to the USA.

Franklin Bartlett was a US Congressman from New York from 1893-1897. He fought in the Spanish American War and his brother Willard Bartlett was Chief Justice of the New York Court of Appeals. 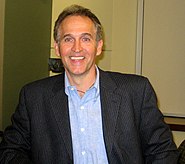 Once a department store in the mid 1800s, The Granite Store is located on Hecla Street in Uxbridge.