Voronezh Oblast (Russian: Воро́нежская о́бласть, Voronezhskaya oblast) is a federal subject of Russia (an oblast). Its administrative center is the city of Voronezh. Its population was 2,335,380 as of the 2010 Census.[9]

Voronezh Oblast is the birthplace of Pavel Cherenkov, co-recipient of the 1958 Nobel Prize in Physics.

Voronezh Oblast is located in the central belt of the European part of Russia, in a very advantageous strategic location, transport links to the site going to the industrial regions of Russia. Within the radius (12 hours of driving 80 km/h) 960 kilometers around Voronezh more than 50% of the population Russia, and 40% in Ukraine live.

The area of the region - 52.4 thousand sq. km, which is about one third of the whole area of Central Black Earth Region. The length of the region from north to south - 277.5 km, and from west to east - 352 km. Much of the area is steppe, among the predominant soil fertile soil black earth. 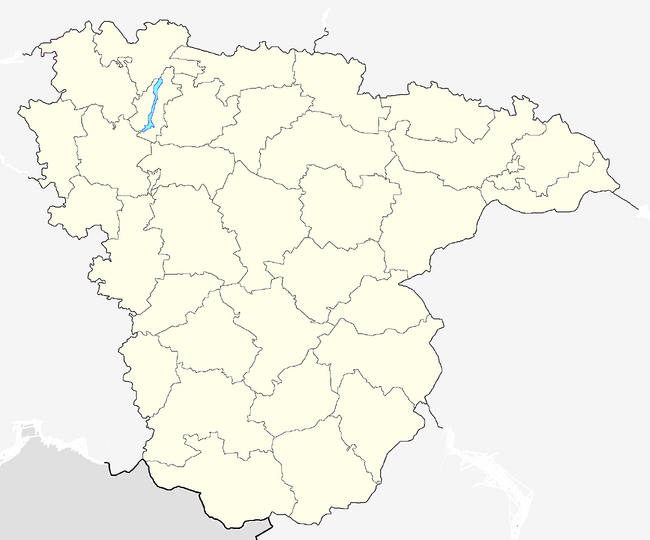 The structure of Voronezh Oblast the industrial-agrarian. As part of the industry is dominated by mechanical engineering, power systems engineering, food industry, processing industry of agricultural raw materials. They account for 4/5 of the total volume of industrial output. Industry specialization of the region is the food industry (27%), second place is occupied by engineering and metalworking (23%), third place - power (18%).

2014 Voronezh Oblast ranked first in Russia in terms of gross harvest of potatoes in farms of all categories have been collected 1.757 million tons of potatoes. In general, the profile of agriculture - with crops of sunflowers and grain crops, dairy and beef cattle, pigs. Beet, sugar beet industry in Voronezh Oblast in terms of gross production of sugar beets and making sugar beet is one of the largest in the country. In 2014, sugar mills were produced 495.1 ths. Tons of sugar.

Kostyonki, It is known for high concentration of cultural remains of anatomically modern humans from the beginning of the Upper Paleolithic era. The first and oldest camp rights in Europe. A layer of Campanian volcanic ash from about 40,000 years ago has been found above some of the finds, showing that "unknown humans" inhabited the site before this. The earliest directly dated human remains from this site are dated to 32,600 ± 1,100 14C years and consist of tibia and fibula, with traits classifying the bones to European early modern humans.

In 2009, DNA was extracted from the remains of a male hunter-gatherer who lived 40,000 years BP and died aged 20–25. His maternal lineage was found to be U2. He was buried in an oval pit in a crouched position and covered with red ochre.

During the Soviet period, the high authority in the oblast was shared between three persons: The first secretary of the Voronezh CPSU Committee (who in reality had the biggest authority), the chairman of the oblast Soviet (legislative power), and the Chairman of the oblast Executive Committee (executive power). Since 1991, CPSU lost all the power, and the head of the Oblast administration, and eventually the governor was appointed/elected alongside elected regional parliament.

The Charter of Voronezh Oblast is the fundamental law of the region. The Legislative Assembly of Voronezh Oblast is the province's standing legislative (representative) body. The Legislative Assembly exercises its authority by passing laws, resolutions, and other legal acts and by supervising the implementation and observance of the laws and other legal acts passed by it. The highest executive body is the Oblast Government, which includes territorial executive bodies such as district administrations, committees, and commissions that facilitate development and run the day to day matters of the province. The Oblast administration supports the activities of the Governor who is the highest official and acts as guarantor of the observance of the oblast Charter in accordance with the Constitution of Russia.

According to a 2015 official survey 81% of the population of Voronezh Oblast adheres to the Russian Orthodox Church, and 3% are unaffiliated generic Christians. In addition, 3% of the population deems itself to be "spiritual but not religious", 6% is atheist, and 7% follows other religions or did not give an answer to the question.