West Indian Americans or Caribbean Americans are Americans who can trace their recent ancestry to the Caribbean, unless they are of native descent. As of 2016, about 3,019,686 people residing in the United States — 0.934% of the total US population — have West Indian ancestry.[1]

The Caribbean is the source of the United States' earliest and largest Black immigrant group and the primary source of growth of the Black population in the U.S. The region has exported more of its people than any other region of the world since the abolition of slavery in 1834.[3] While the largest Caribbean immigrant sources to the U.S. are Cuba, the Dominican Republic, Jamaica and Haiti, U.S. citizen migrants also come from Puerto Rico and the U.S. Virgin Islands.

Caribbean immigration to the United States[]

The history of African-Caribbean immigration in the United States can be traced back to slavery when the British colonies in the Americas shifted enslaved Africans to different territories, as the demands of capital and plantation economy dictated.

First Africans from the West Indies who arrived in the United States were slaves brought to South Carolina in the 17th century. These slaves, many of whom were born in Africa, number among the first people of African origin imported to the British colonies of North America. Over time, Barbadian slaves would make up a significant part of the Black population in Virginia, mainly in the Virginia tidewater region of the Chesapeake Bay. The number of enslaved Africans bought from the Caribbean increased in the 18th century, as the Thirteen Colonies (the future continental U.S.) broadened its trade relations with other Caribbean islands.

Although Caribbean immigration to the United States was relatively small in the first years of 19th century, it grew significantly after the end of the American Civil War in 1865, which brought about the abolition of slavery. In the 19th century, the U.S. attracted many Caribbeans who excelled in various professions such as craftsmen, scholars, teachers, preachers, doctors, inventors, religious (the Barbadian Joseph Sandiford Atwell was the first black man after the Civil War to be ordained in the Episcopal Church),[4] comedians (as the Bahamian Bert Williams), politics (as Robert Brown Elliott, U.S Congressman and Attorney General of South Carolina), poets, songwriters, and activists (as the brothers James Weldon and John Rosamond Johnson). From the end of the 19th century up to 1905, most West Indian people emigrated to South Florida, New York and Massachusetts. However, shortly after, New York would become the main destination for the West Indian immigrants.[3]

Immigration from the region to the U.S. gained momentum during World War II when 50,000 black and white Caribbeans arrived in the 1940s, taking advantage of the rapidly expanding war economy and post-war economic growth. Thousands came as legal migrant workers brought to work in agriculture, primarily on Florida’s sugar plantations. By the end of the war, thousands of contract workers from the Caribbean were employed as W2 workers [3]

Most of the Caribbean, Central America, and South America historically have had little tradition of immigration to America, before the 1960s. Post 1965 saw a tremendous influx of rural working-class migrants. Proximity to the U.S., fluency in English and Civil Rights legislation were reasons for the disproportionate numbers of Caribbean outflows. The collapse of agriculture in many islands had devastated their economies, the growing replacement of agriculture by tourism in the Eastern Caribbean had greatly increased the urban population and led to neglect of rural communities as well as greater migration to the U.S. from the Caribbean countryside.[3]

The influx of direct, capital-intensive and labor-intensive foreign investment has accelerated the push to migrate out of the region, to the extent that these investments overwhelmed small-scale agriculture and manufacturing and displace workers who sought jobs elsewhere.[3]

The vast majority of West Indian Americans are of African Afro-Caribbean descent, with the remaining portion mainly made up of multi-racials and Indo-Caribbean people, especially in the Guyanese and Trinidadian communities, where people of Indo-Caribbean descent make up a significant portion of the populations. Over 70 percent of non-Latino Caribbean immigrants were from Jamaica and Haiti, as of 2010. Guyana, Trinidad and Tobago, Belize, the Bahamas, Barbados, and Grenada, among others, also have significant immigrant populations within the United States. Though sometimes divided by language, West Indian Americans share a common Caribbean culture. Of the Latino population, the Puerto Rican, Dominican, Nicaraguan, Panamanian, Cuban, and Costa Rican populations are the most culturally similar to the non-Latino West Indian community.[7]

According to the US census for 2016. West Indian Americans of the civilian employed population 16 years and over were 1,549,890. 32.6% were employed in Management, business, science, and arts occupations, 28.5% in Service occupations, 22.2% in Sales and office occupations, 6.1% in Natural resources, construction, and maintenance occupations, and 10.5% in Production, transportation, and material moving occupations.[12]

There are close to 50 Caribbean carnivals throughout North America that attest to the permanence of the Caribbean immigration experience. West Indians brought music, such as soca, chutney, chutney-soca, filmi, calypso, reggae, compas (kompa) and now reggaeton, which has a profound impact on U.S. popular culture. Cultural expressions, and the prominence of first-and second-generation Caribbean figures in U.S. labor and grassroots politics for many decades also testify to the long tradition and established presence.[3] 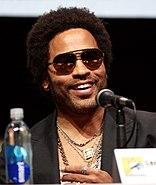 National Caribbean American Heritage Month is celebrated in June. The heritage month was first observed in 2006, after being unanimously adpoted by the House of Representatives on June 27, 2005 in H. Con. Res. 71, sponsored by Congresswoman Barbara Lee, recognizing the significance of Caribbean people and their descendants in the history and culture of the United States.[13]

On June 5, 2006, George W. Bush issued a presidential proclamation declaring than June be annually recognized as National Caribbean American Heritage Month to celebrate the contributions of Caribbean Americans (both naturalized and US citizens by birth) in the United States.[14] Since the declaration, the White House has issued an annual proclamation recognizing June as National Caribbean-American Heritage Month.[15]