In the United States, a White Hispanic[2] is an American citizen or resident who is racially white and of Hispanic descent. The term white, itself an official U.S. racial category, refers to people "having origins in any of the original peoples of Europe".

Based on the definitions created by the Office of Management and Budget and the U.S. Census Bureau, the concepts of race and ethnicity are mutually independent, and respondents to the census and other Census Bureau surveys are asked to answer both questions. Hispanicity is independent and thus not the same as race, and constitutes an ethnicity category, as opposed to a racial category, the only one of which that is officially collated by the U.S. Census Bureau. For the Census Bureau, ethnicity distinguishes between those who report ancestral origins in Spain or Hispanic America (Hispanic and Latino Americans), and those who do not (non-Hispanic Americans).[3][4] The U.S. Census Bureau asks each resident to report the "race or races with which they most closely identify."[5]

A small minority of White Hispanics in the United States of America today is descended from original Spanish colonists who settled the so-called "internal provinces" and Louisiana of New Spain. As the United States expanded westward, it annexed lands with a long-established population of Spanish-speaking settlers, who were overwhelmingly or exclusively of white Spanish ancestry (cf. White Mexican).[7] This group became known as Hispanos. Prior to incorporation into the United States of America (and briefly, into Independent Texas), Hispanos had enjoyed a privileged status in the society of New Spain and later in post-colonial Mexico.

In the 2010 United States Census, 50.5 million Americans (16.3% of the total population) listed themselves as ethnically Hispanic or Latino. Of those, 53.0% (26.7 million) self-identified as racially white. The remaining respondents listed their races as: some other race 36.7%, two or more races (multiracial) 6.0%, Black or African American 2.5%, American Indian and Alaska Native 1.4%, Asian 0.4%, and Native Hawaiian or other Pacific Islander 0.1%.[6]

The respondents in the "some other race" category are reclassified as white by the Census Bureau in its official estimates of race. This means that more than 90% of all Hispanic or Latino Americans are counted as "white" in some statistics of the US government.[8]

Hispanics and Latinos who are native-born and those who are immigrant identify as White in nearly identical percentages: 53.9 and 53.7, respectively, per figures from 2007. The overall Hispanic or Latino ratio was 53.8%.[9]

White Hispanics are widespread, with Florida and Texas being 2 states with some of the highest percentages of Hispanics self identifying as white.[10]

Some Hispanic or Latino American groups that have white majorities or pluralities originate in countries that do not. For example, Mexico's white population is 9% to 17%[12][13] only, while Mexico is majoritarily mestizo, meaning that they have mixed European and Native American descent at an extent while 52.8% of Mexican Americans are White, or identify themselves as white in the Census (See the table). However, genetic studies performed in the general Mexican American and Mexican populations have shown that Mexicans residing in Mexico consistently have a higher European admixture in average (with results ranging from 37%[14] to 78.5%[15]) than Mexican-Americans (whose results, range from 50%[16] to 68%[17]). The discrepancy between the percentage of white Mexicans reported in United States and white Mexicans from Mexico can be explained if the differences in racial perceptions that exist in both countries are considered: The concept of race in Mexico is subtle not only including physical clues such as skin color but also cultural dispositions, morality, economic, and intellectual status. It is not static or well defined but rather is defined and redefined by situation. This makes racial distinctions different than those in other countries such as the United States.[18][19][20]

Other important differences lay in the criteria and formats used for the censuses in each country: In Mexico, the only ethnic census including categories other than Amerindian (dated back to 1921) performed by the government offered the following options in the questionnaire:[21]

The census had the particularity that, unlike racial/ethnic census in other countries, it was focused in the perception of cultural heritage rather than in a racial perception, leading to a good number of white people to identify with "Mixed heritage" due cultural influence.[22] On the other hand, while only 2.9% of the population of the United States identifies as mixed race[23] there is evidence that an accounting by genetic ancestry would produce a higher number, but historical and cultural reasons, including slavery creating a racial caste and the European-American suppression of Native Americans, often led people to identify or be classified by only one ethnicity, generally that of the culture they were raised in. While many Americans may be biologically multiracial, they often do not know it or do not identify so culturally.[24] 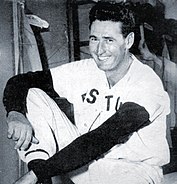 Representation in the media[]

In popular use, Hispanic and Latino are often mistakenly given racial values, usually non-white and mixed race, such as half-caste or mulatto, in spite of the racial diversity of Hispanic and Latino Americans. Hispanics commonly draw ancestry from European, Native American, and or African populations in different proportions; some Hispanics are largely of European ancestry, and some are predominantly of Native Central or South American Indian origin, or African origins, but a large number of Hispanics are descended from an admixture of two, three or more origins. Paradoxically, it is common for them to be stereotyped as being exclusively non-white due merely to their Spanish-speaking country of origin, regardless of whether their ancestry is European or not.[26][27][28][29] Judith Ortiz Cofer noted that appellation varies according to geographical location, observing that in Puerto Rico she was considered white, but in the United States she was considered a "brown person."[30]

On the other hand, since the early days of the movie industry in the United States of America, when White Hispanic actors are given roles, they are frequently cast in non-Hispanic white roles.[28][31] Hispanic and Latino Americans began to appear in the American movie industry in the 1910s, and the leading players among them "were generally light skinned and Caucasian".[31]

Myrtle Gonzalez was one such American actress in the silent film era; she starred in at least 78 motion pictures from 1913 to 1917.[32] Anita Page was an American actress of Spanish descent who reached stardom in 1928, during the last years of the silent film.[33] Page was referred to as "a blond, blue-eyed Latin" and "the girl with the most beautiful face in Hollywood".[34][35]

Even today, because Americans associate Hispanic origin with brown skin, Hollywood typically casts Hispanics with conventionally Caucasian features as non-Hispanic white — as in the case of Cameron Diaz. Most Americans may not be aware that the actress who played the all-American Gilmore Girl Lorelai Leigh "Rory" Gilmore — Alexis Bledel — is Hispanic,[36] The white Hispanics and Latinos who are perceived as "Hispanic" by Americans usually possess typical Mediterranean/Southern European pigmentation - olive skin, dark hair, and dark eyes - as most Spanish and white Latin American immigrants are and most white Hispanics and Latinos are.[37][38][39]

The U.S. Hispanic media and the Latin American media are over represented by White Hispanic and Latino Americans and White Latin Americans, very often blond and blue-eyed, or green-eyed, particularly in telenovelas (soap operas). There tends to be an under-representation of non-white Hispanic and Latino Americans and non-white Latin Americans, amid claims that telenovelas, in particular, do not fully reflect the racial diversity of Hispanic and Latino Americans.[40][41][42][43][44][45][46][47][48][49] For example, in the 2005 U.S. Hispanic telenovela Olvidarte Jamas, white, blond, and blue-eyed Venezuelan American actress Sonya Smith portrayed Luisa Dominguez who is a poor mestiza woman; the actress had to wear a black wig to hide her obvious Caucasian appearance. Sonya Smith, however, was the first Hispanic actor to portray a Hispanic without stereotypical perception (portrayed as blond and blue-eyed Hispanic, not a Hispanic mestiza nor mulatta nor Mediterranean-looking Hispanic) in a Hollywood film Hunted by Night, an English-language movie with an all-Hispanic cast.

A total of 27% of Hispanics marry outside their race. Non-Hispanic White/Hispanic intermarriage is the most common intermarriage in the United States representing 42% of interracial/ethnic marriages compared to White/Black at 11%. Intermarriage rates between whites and Hispanics do not differ significantly among the genders.[50]

Genetic research has found that the average non-European admixture is present in both White-Hispanics and Non-Hispanic Whites with different degrees according to different areas of the US. Average European admixture among self-identified White Hispanic Americans is 73% (the average for Hispanic Americans regardless of race is 65.1%), contrasting to that of non-Hispanic European Americans, whose European ancestry totals 98.6% in average.[51]