Familypedia
Register
Don't have an account?
Sign In
Advertisement
in: Shade (surname), Born in 1968, Died in 2017,
and 6 more

I was born September 8, 1968 in Aurora, Colorado to Bill Shade and Faith Jones. Shortly after my birth my family moved to Oahu, Hawaii where my father was stationed. We spent the next four years there, though my only memories are of lizards, a giant praying mantis and being thrown into the ocean. About 1972 my mother and I stopped off at her parents' home in Denver, Colorado while my father went on to Mississippi to prepare the way. Instead my parents divorced so my mother and I stayed in Colorado. Again I have very few memories of this time. I remember my friend Elizabeth and how we slipped on the ice, getting in trouble for j-walking and the great cookies our neighbor made us when we left Colorado. In 1976 my mother took up her sister's offer to move down and start over in Phoenix, Arizona, where I have lived ever since.From 3rd to 8th grade I went to Desert View Grade School that was only 3 blocks from where we lived. I was a good student but kept to myself mostly. My best friend was Rhonda Stratton. For high school I went to Sunnyslope High School, where Rhonda and I drifted apart. Again, I pretty much kept to myself. After high school I went to Glendale Community College but was tired of school and did not continue.I had no contact with my father for 18 years, but re-connected through his parents in 1992/93. I ended up visiting twice over the next 6 years but remain estranged from my father and his family. It was a big and happy surprise that I had brothers and sisters on his side since I grew up an only child.For thirteen years I worked for Leonard's Luggage. I started off as an accounts receivable clerk and ended up the full charge bookkeeper and office manager. Unfortunately the family owned company could not compete with the larger out of state companies and closed it's doors. My life kinda drifted apart after this and I became a recluse for a number of years, not even having the nerve to answer the phone. In 2004 I started to gather my life back and have gone through a lot of transformation. I am currently an underwriter for a major bank. by William Allen Shade 20:21, 11 July 2009 (UTC) updated 11 March 2010, 24 January 2018.

I have been a contributor to this website since March of 2007. Besides my own ancestry I have an interest in royalty and other famous people.

I have a full subscription to Ancestry.com which includes a large number of source records. If you need something looked up let me know and as time allows I can see what I find.

Will has no full siblings and grew up as an only child. It was not until he was 22 that he found out that he had two half brothers; Andrew Lee Shade (1980) and Alexander William Shade (1983) and also two step-sisters; Annette Lee Shade (1973) and Kimberly Ann Shade (1976). His step-sisters are his 1st cousins by blood as they are the children of his step-mother Deborah Mae Taccone (1950) and uncle Daniel S Shade (1951-1979). 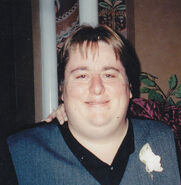 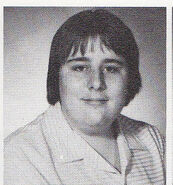 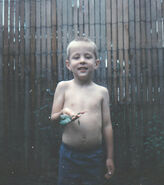